Although William Harvey fully described the circulatory system in 1628, understanding the very nature of blood was a long way off. Experiments were conducted with cross-species transfusion; not always successfully.

The first successful human-to-human blood transfusion was performed by British obstetrician, James Blundell, in 1818. Later attempts to substitute cow, goat or human milk for blood were also generally unsuccessful. Although, in 1884, saline infusion was proven to work.

Hypovolemic shock is the most common type of shock. It is the result of having lost more than 20% (1/5) of the body’s blood or fluid supply. The heart isn’t able to pump sufficient blood through the body. It can lead to organ failure, gangrene and heart attack. 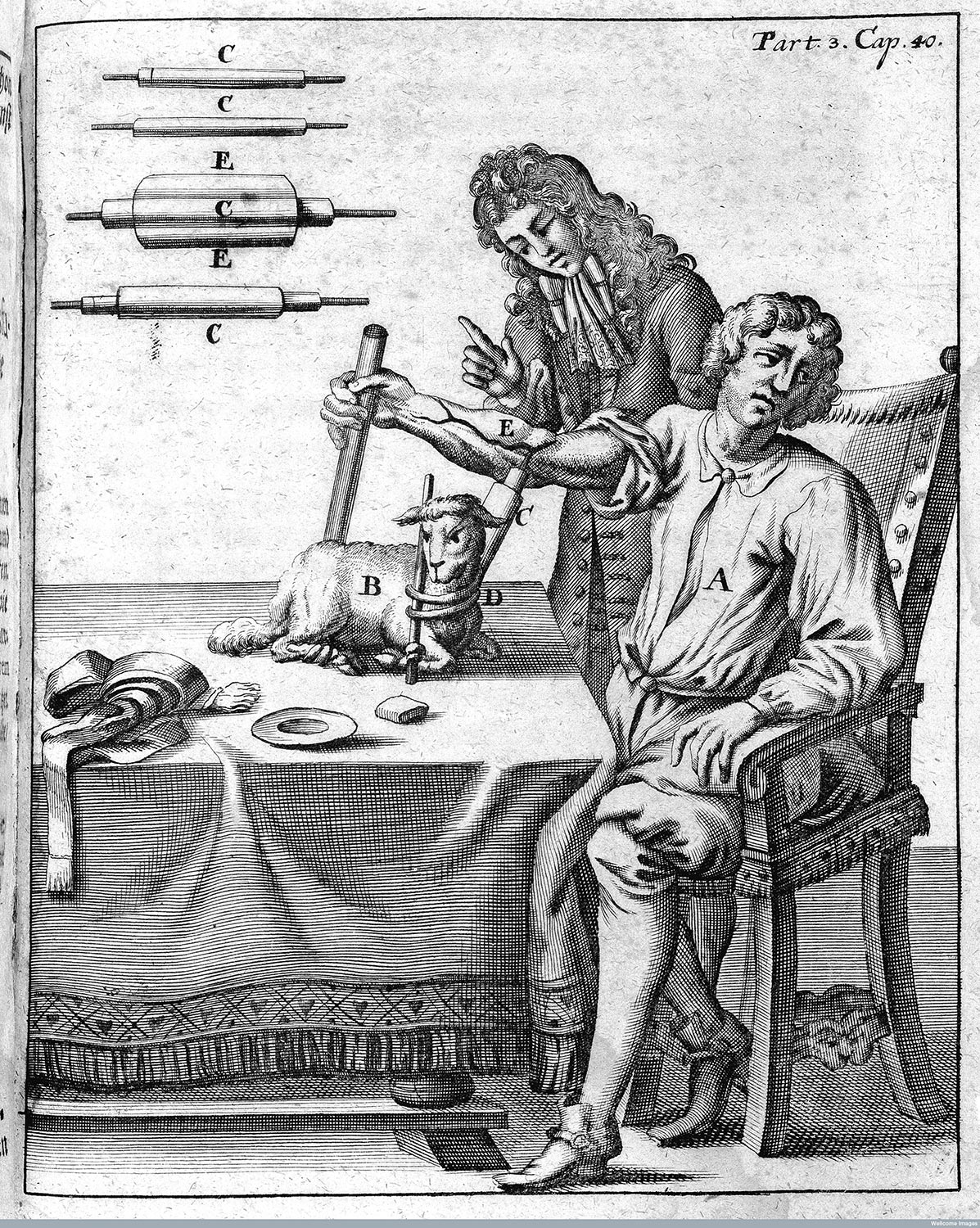 In the 1600s, William Harvey realised a finite amount of blood circulates in one direction through the body. Jean Léonard Marie Poiseuille introduced the mercury hydrodynometer in the early 1800s for measuring blood pressure. Karl von-Vierordt created the sphygmograph in 1855 and, in 1881, Samuel von Basch created the sphygmomanometer, distinct improvements on the hydrodynometer. In 1896, Scipione Riva-Rocci developed the mercury sphygmomanometer. American neurosurgeon, Harvey Cushing, was an early adopter, and advocate for monitoring patients during surgery and anaesthesia. Blood pressure monitoring is still an essential component of evaluating a patient’s condition.

The first practical version of a machine that could measure blood pressure was developed in 1860 by Etienne-Jules Marey. While effective, it was also considered cumbersome. The 1881 development of a compact sphymograph by English homeopath, Robert Ellis Dudgeon, made blood pressure measuring a more widespread practice, which could create a record of the blood pressure over time. 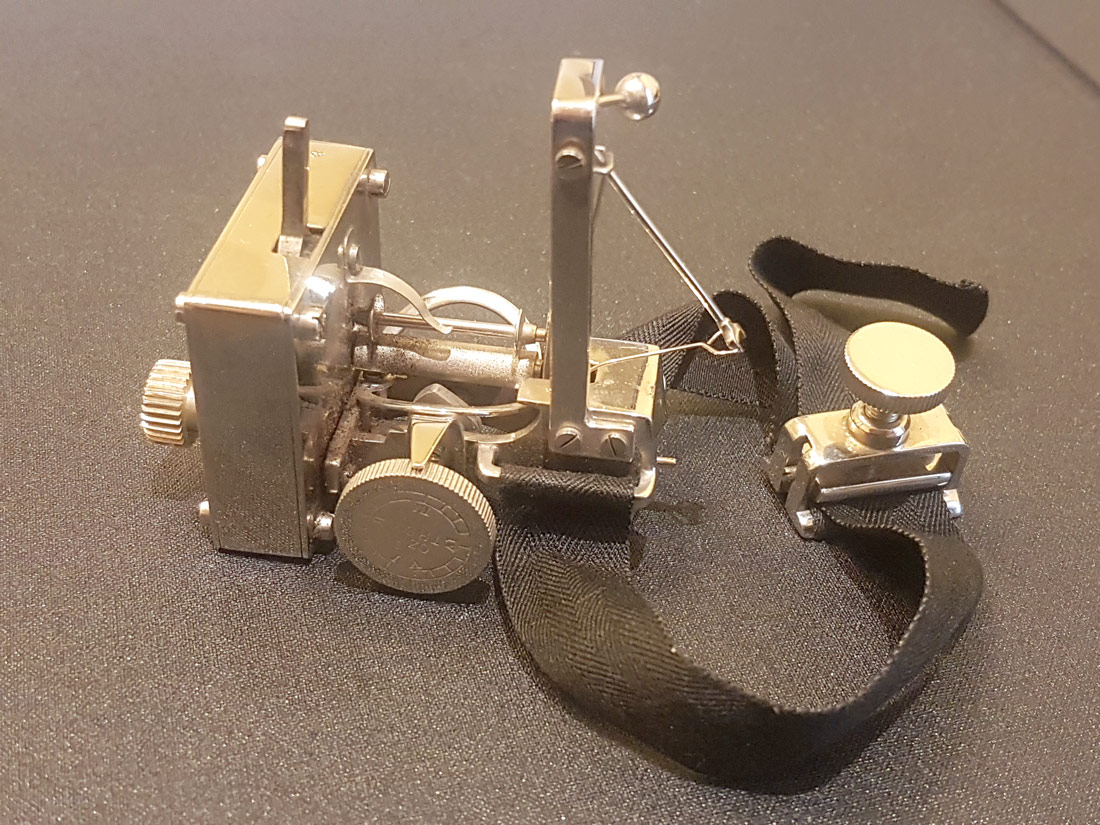 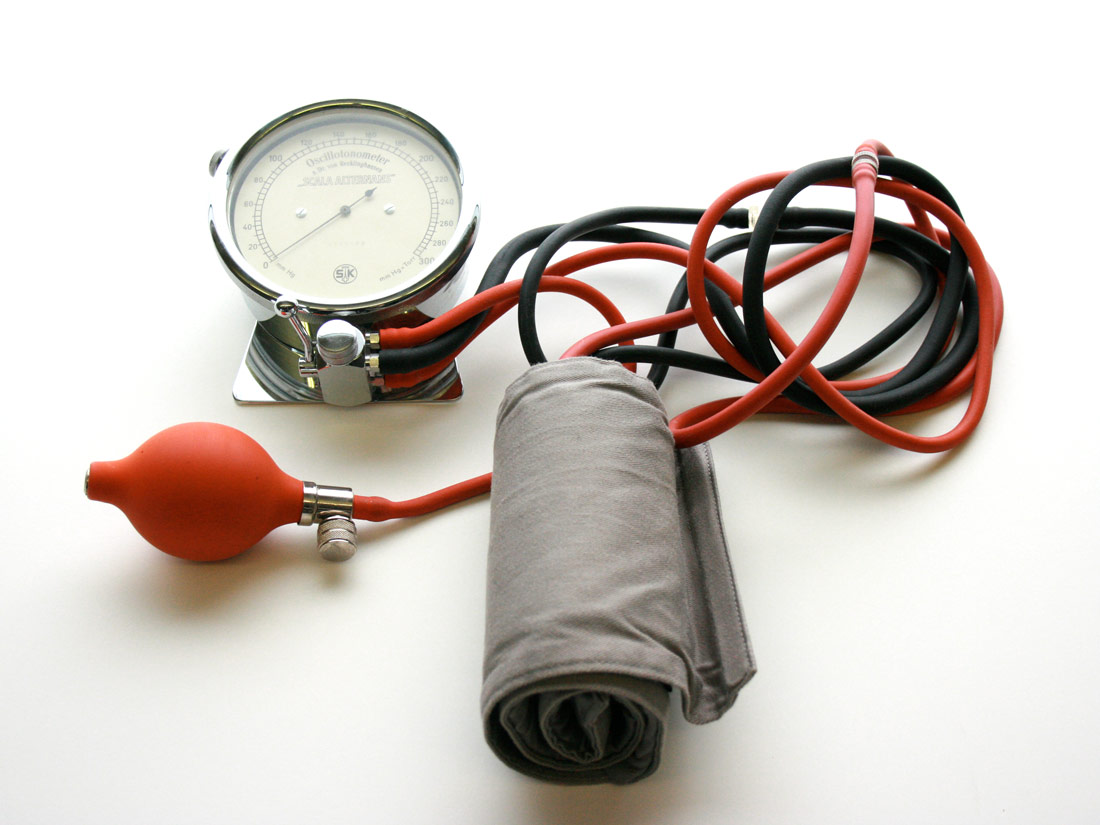 An early sophisticated model of an oscillotonometer is widely attributed to the German physiologist Heinrich von Recklinghausen. He developed the device during the 1930s. Heinrich made significant contributions to the field of blood pressure measurement and published a lengthy and comprehensive textbook on the subject in 1940. In particular, he noted the need for a wider arm cuff, unlike the very narrow cuff of any predecessors.

This film demonstrates the many mechanical methods available for artificial respiration available to patients with paralysis in the 1940s.

A film demonstrating CPR (cardiopulmonary resuscitation) techniques made for the Royal Navy. This video was made from material preserved by the BFI National Archive.